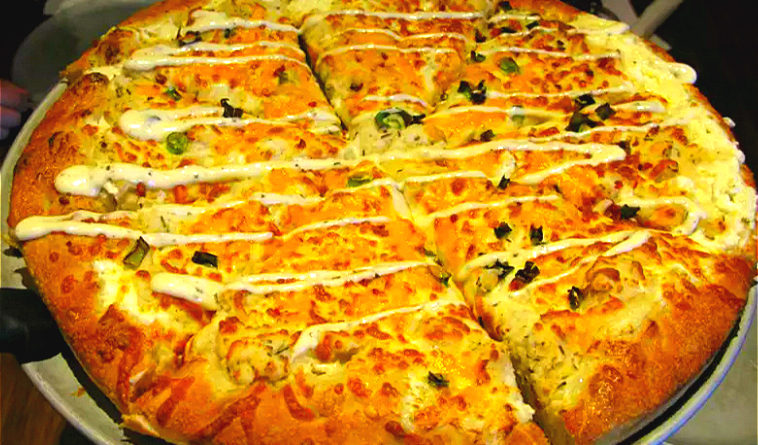 Two Guys Pizza is fantastic. I love this restaurant so much. It was my second time ate pizzas at Two Guys Pizza. After the first time, I missed the pizza there so much, especially Classic Donair pizza. It was fresh, well cooked, and tasty. The taste was super awesome which I’ve ever had before.

Tuesday, April 25th, 2017. We went to Two Guys Pizza with two friends at 5:30 pm. It was not crowded yet, which was easy to get a table. We ordered beers and two large size of pizzas, Classic Donair Pizza (Made by donair sauce, donair meat, red onions, tomatoes, and cheddar) and Perogy Pizza (Made by sour cream, rosemary garlic potatoes, bacon, cheddar, with fresh chives and a ranch swirl), which were the same as before. Besides that, we also had two pounds salt&pepper and honey garlic chicken wings. Although the wings were very very dry, they were tasty. We enjoyed everything we ordered.

If you want to have a pizza in Lethbridge, I would like to highly recommend this place to you. 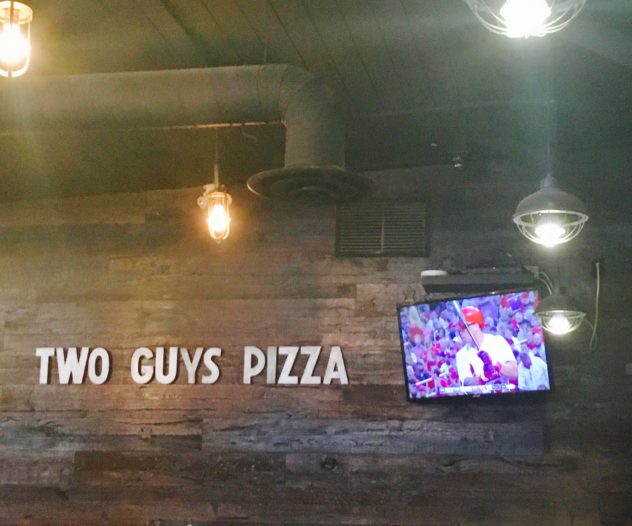 Two Guys and a Pizza place is one of my boyfriend’s favorite restaurants in the City of Lethbridge. 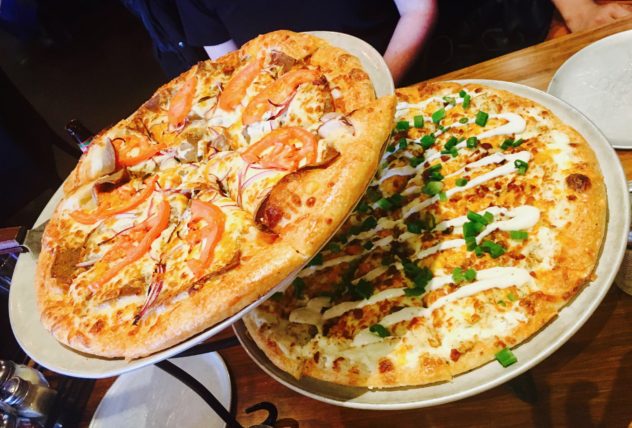 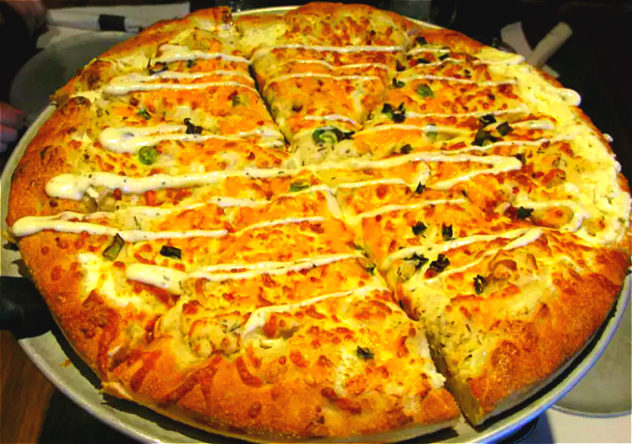 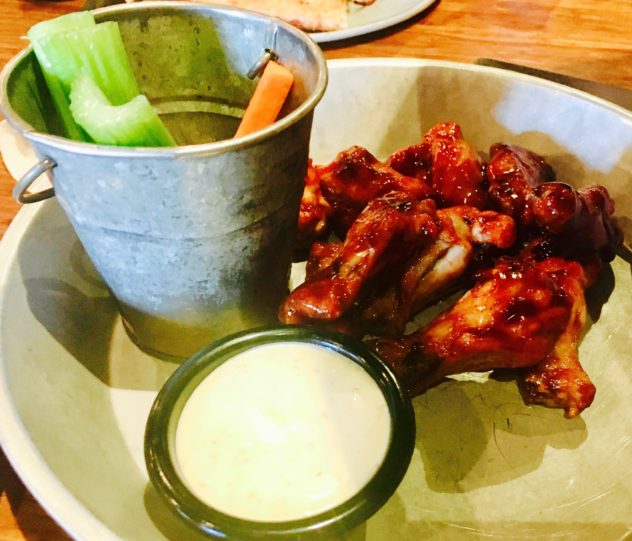 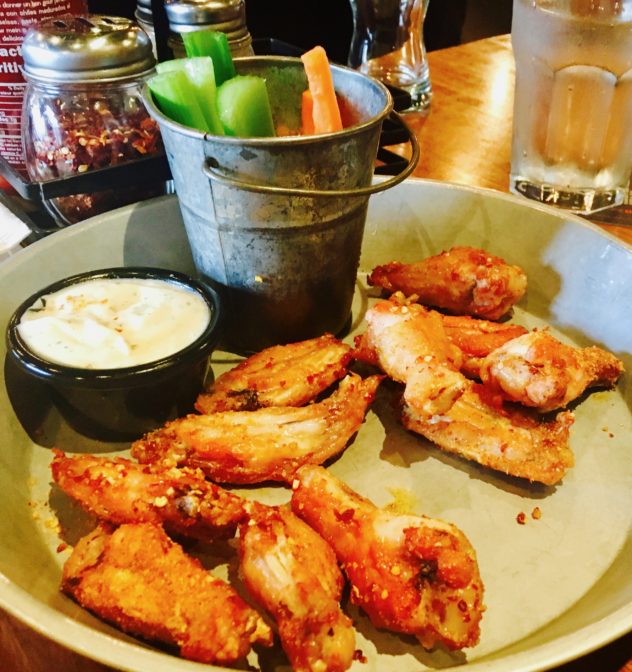 We choose Dry and Sauced one each with salt&pepper and honey garlic favorites.

The Wings were decent, but they were too dry.  They were very over price. 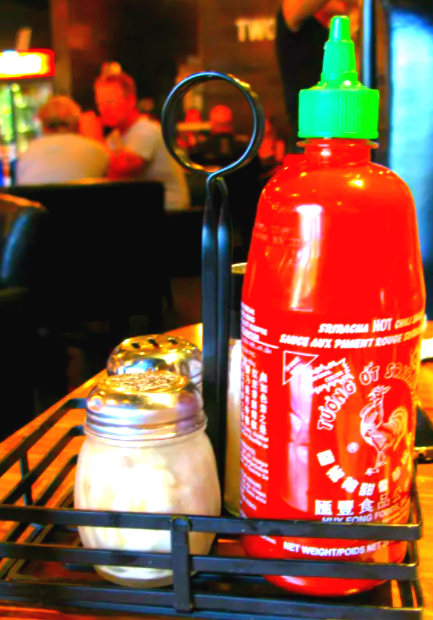 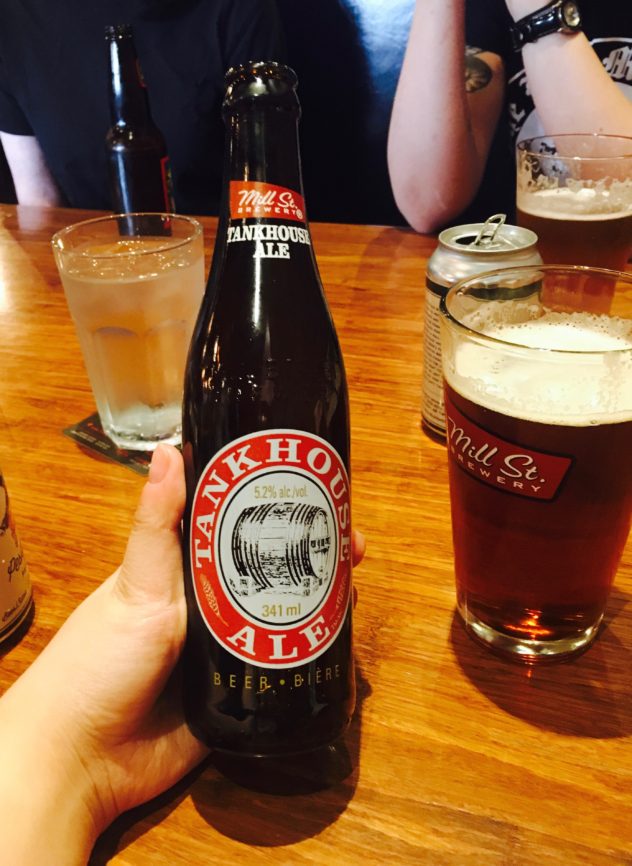 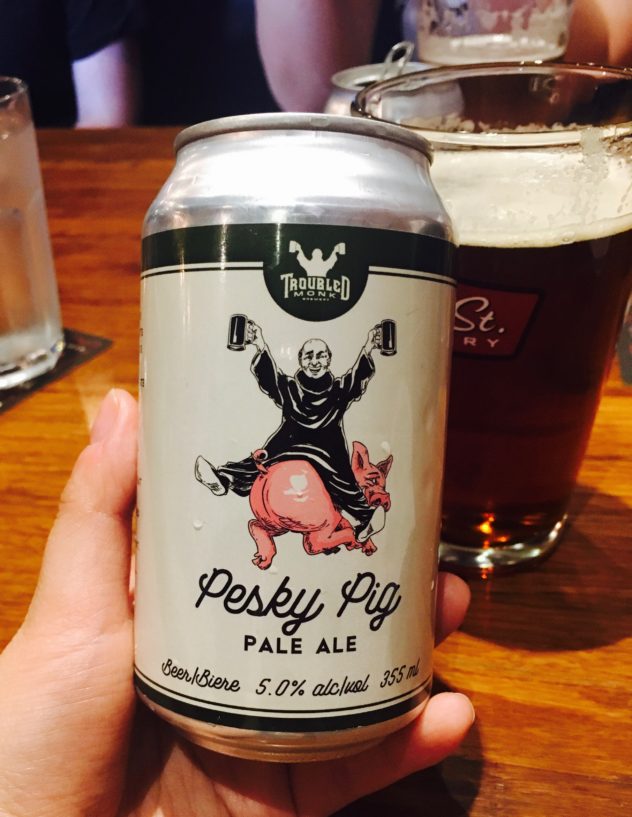 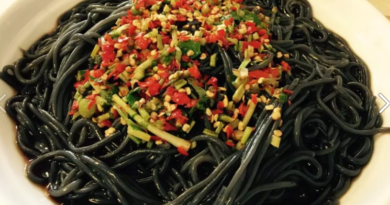 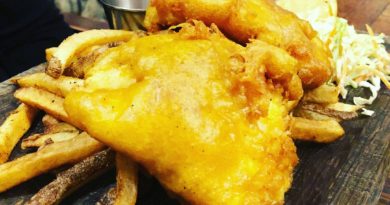 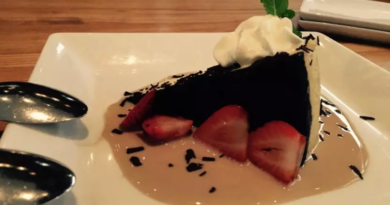